There are great men in the world - I've met some of them - but caught like everyone else in the vast Titanic millwheels of our world-spanning culture they can do nothing alone. One person's intense, passionate commitment is necessary but not sufficient to change the world.

It took a community to keep Wizards of the Coast alive through the bleak winter of 1992-3. Friends, family, fans, and colleagues pooled their resources to keep this tiny venture going through the worst crisis it ever experienced. This crisis wasn't resolved with the creation of Magic: The Gathering. Late in 1993, many months after Magic had already become the phenomenal commercial success it's now seen as, Wizards itself and its staff and contractors were still suffering financially for reasons we'll discuss in the coming year. Friends, family, fans, and colleagues continued to keep Wizards alive, helping it cross the chasm from creating a great game to creating a sustainable company.

We'll explore how Wizards survived the lawsuit, how such a tiny, cash-strapped company managed to create and bankroll the hit of the decade, and what they hoped for at the time - why they did the things they did. We'll see some of the crude, xeroxed cards that predated the final, fantastic graphic design, explore the essential but ill-examined role of Cornish College of the Arts in Magic's success, and follow the Magic road show as the Wizards team toured small game shops and conventions introducing people to their little labor of love, building their fan base one person at a time. Along the way, we'll flash back to the earlier years and fill in some of the story that I skimmed so blithely past in my July posts, including the vital role of the Internet in Wizards's survival. We'll see pictures of items from Wizards's history never before shown, and we'll read contemporary accounts of small, quiet, little-known events that set in motion the big splashy results that made the papers. We'll peek inside an early staff meeting that would not end, in which Wizards began wrestling with the sometimes intractable problem of how to get a group of passionate people with different ideas to agree on a single decision. As Lisa Stevens said in that meeting, "But what if in the end you can't agree? Who gets to make the decision when the process falls apart?" We'll start working on the problem of bringing these people to life for you, so you better understand who did these things and why.

But what we'll come back to over and over is the role of commitment, how very much commitment it takes to do something like this, not just the intense commitment of one or two or a dozen people but also the vast, persistent commitment of an entire community to back their plays and hold them up when they would otherwise fall down. Peter used to laugh when people praised him for this thing "he was doing," because he knew how very many people it took to do it. The search for simple answers, sound bites, and sufficiently scanty column inches strips the truth from our understanding of the world, leaves us believing in caricatures instead of characters, truthiness instead of truth; let's rip those veils aside and see who the Wizards really were. 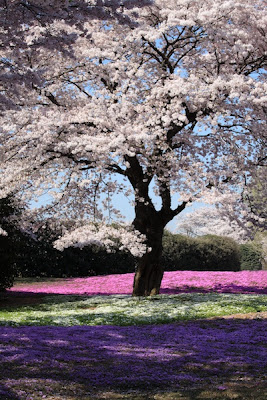 But before we continue this journey, let's be honest with one another.

This project is not my top priority. I have many commitments ahead of it - to principles, to people, and to the same professional quest that in the 1990s led me to repeatedly turn down Peter's offers to come join his so very happily lost boys and girls. I am committed to those higher priorities in my life, and I will put them ahead of this history project whenever I am forced to choose, but I will often not be forced to choose. Because I have no children, I have room in my life for more than the usual number of commitments. This is one of them. It will not get lost in the shuffle, though it may come and go like a recurring haunting.

I live a life of tides, and if you join me on this journey you will too. Sometimes I will post every day for weeks on end when the demands of higher priorities on my time ebb, sometimes silent months will pass by when they flow. But I will always be thinking about this project, talking to Wizards folks about what it was like back in the day, looking for the time to post, searching for the thread of the narrative.

This project matters to me for reasons that may be clear to you by the time you read the book at the end of this road. I'm committed to it, even during these quiet times. During the winters of this blog I'm putting down roots to prepare for the riotous blossoms of its springs.