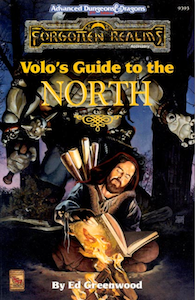 Whether they realize it or not, businesses plan in layers. When times get rough, when the pressure's on, we can give up our shallow plans readily enough, but we're reluctant to surrender more deeply laid plans. If things go badly enough for long enough, our layers of plans are stripped away from us.

Eventually we come to the bottom of our conscious planning and are left with what we think is our foundational desire for our company. That one we do not give up lightly. That one, if we surrender it, we do so with despair, ready to give everything up. But it's only the conscious foundation of our company; it's not our real deal breaker. This "last" plan contains too many optional components to which we are emotionally attached, so though we would never dream it at the time, when the "worst" comes to pass we discover to our surprise after a period of grieving that this too we can give up, because there was a deeper unconscious bottom line that can keep us going so long as we do not have to surrender it. It's only when we must give up what we thought was our bottom line that we discover our real bottom line, what we really care about.

In December 1992, Peter did not want to move backward. After the long, hard struggle to put together a great team, create a steady stream of products, and approach break-even, he did not want to give that up again. He wanted to move only forward, but the lawsuit gave him no choice. He had to surrender and grieve. 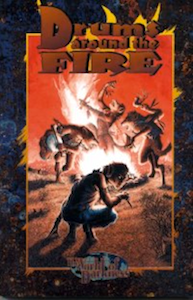 But he found when his back was against the "wall" that it wasn't really a wall, that he could step further backward with his team and they could still survive and still keep working (albeit more slowly) on keeping Wizards of the Coast going. They did not know their future anymore, the lawsuit might eventually do them in for good, but at that moment they could keep going, could keep making plans and searching for ways to make things better.

They discovered that they did not have to surrender when they thought they would, that they could reposition themselves and keep trying, remaining open to opportunities.

A wise businessman once told me that the most important secret to succeeding in business is just to survive long enough, because opportunities cannot be precisely predicted. You may go through very long droughts that seem endlessly dire, but sooner or later opportunities do come along, and when they do they go to the company that found a way to keep going and to remain open to the unpredictable possibilities that lay ahead. The commitment to survive - avoiding despair, avoiding gambling with your future - is the key to survival.

During the 1992-1993 drought at Wizards of the Coast, everyone found other sources of income to keep them going while they slowly pushed the company forward through its difficulties.

Peter Adkison continued to work at Boeing full time, as he had since the beginning of Wizards. 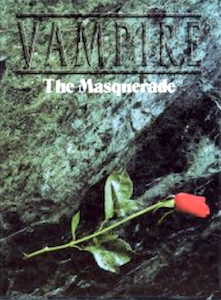 Beverly Marshall Saling edited Werewolf: Drums around the Fire (White Wolf) and White Wolf Magazine Issue 37 (White Wolf) and proofed a book for the University of Alaska, but she was largely able to focus on Wizards full time or near full time thanks to my job at the Department of Veterans Affairs.

Jay Hays worked at a club.

Cathleen Adkison, Lisa and George Lowe, Ken McGlothlen, Rich Kaalaas, Dave Howell, Mike Cook, Jonathan Tweet, and the many other people who had not been working full time recently for Wizards continued to rely on their other jobs to pay the bills. These other jobs, these other gaming products, and friends and family kept Wizards alive through this dark time.

Peter's 1993 narrative about this (in which I make my own oblique appearance in his narrative):


But a couple of weeks ago for some reason things started picking up. I'm not sure why, but partly it's because we realized that we can actually move forward and continue publishing products with all of us working on a part-time basis. Probably because we've gotten pretty proficient at our respective tasks here. Jesper's living at home and said he could go without pay indefinitely, particularly since his involvement here at WotC has gotten him some free-lance contracts for other companies (an upcoming White Wolf book is being entirely illustrated by him, and I hear they liked it well enough that he's going to be doing another one). I'd been working full time here and at Boeing (I've averaged over eighty hours of work a week for the last two years) and didn't need WotC income, Jay said he could work part time for WotC and full time elsewhere and manage Design & Development from home through e-mail if he could take home one of the computers, Beverly said she could probably get by with her husband's full-time job if she could pick up some free-lance editing, and Lisa's working part-time freelancing too (she just edited a book for TSR, for more money than I'd been paying her for three months worth of work!).

Postscript: Looking at that list of editing and illustration side projects, once again you can see Lisa Stevens contributing crucially in the clutch to keep Wizards alive. Her experience, rolodex, relationships, and networking savvy continued to make the difference in the survival and development of Wizards.
Posted by Rick Marshall at 10/12/2011 08:01:00 PM