On February 28, 2009 on Facebook, a few months after I joined, I took the D&D Alignment Test. The results showed me as Lawful Good.

For what that's worth.

These tests never quite offer the right choices. I consistently come out lawful good on alignment tests, but it's not quite accurate.

I'm a big believer in principles, virtues, standards, conventions, and manners, but I also believe the law is often used to enforce injustice, or worse (yes, I think it's worse), that legal systems tend to treat justice or any other higher principle than the law as imaginary. In such cases, the law become a force for nihilism, for the void, for the death of meaning, in short, becomes a tyranny of process over result that destroys any possibility of justice. People at least can understand that overt injustice must be opposed, but nihilistic, inhuman processes tend to confuse people into inaction because there is no clear "bad guy." The corollary to Pogo's "We have met the enemy and he is us" is that it is in such situations, when our own activities inadvertently result in meaningless and justice-blind systems, that we are at our most helpless to fix things.

Unfortunately, legal systems tend to make themselves immune to improvement by bloating up themselves and their processes beyond the reach of any individual human beings or even beyond any meaningful organized control by democratic majorities, devolving into self-sustaining amoral systems of processes, a machinery of behavior that is the enemy of individual responsibility and authority.

I am a different kind of lawful than that.

Likewise, good, about which our culture has far less of a clear idea than about lawful, but that's a discussion for another day.

First, the idea of a nation of "laws not men" leads directly to a nihilistic legal system divorced from justice. We need a nation of principles, around which people and laws organize themselves. The law must clearly be subservient to principles and must be edited and adjusted all the time to conform more closely with those principles.

For the law to be a human tool for justice, there must also be few enough laws that dedicated people can actually learn them all. The current situation in which even legal specialists cannot fully know all the laws in their chosen area of expertise is risible, insane, and the legal principle that ignorance of the law is not a defense is actually an evil, a form of cruel and unusual punishment when coupled with a system of laws too vast for the majority of people to be anything but ignorant about most of them. That is, this legal "principle" renders all human beings defenseless against its own inevitable consequences.

Second, what do we do in the meantime? Well, as flawed as the legal system is, it is currently the only tool we have with which to try to bring about some measure of human justice - since there is no formal place in our society for principles, the only sources of true justice - so we do our best to learn about and follow just laws and to learn about and work around the unjust ones.

And we certainly don't flout the law in a vain effort to "prove" how free we are. We save our battles with the legal system for the ones we cannot avoid, where the damage to justice inflicted by the law is so high that it takes precedence over all the other things we could or should be doing with our lives and requires us to sacrifice some part of our lives to this quixotic struggle to eke justice out of a system that cannot conceive of justice yet wraps itself in that very mantle.

That is, we should be law-abiding citizens except when justice demands otherwise.

That is the kind of lawful I am.

Some people's alignments are accidental, just a description of whatever they happen to do, but my alignment is deliberate and very, very important to me. I am passionate about moral, philosophical, and organizational issues. I work hard to understand what the right thing is to do and to try to do it, and I try to sleepwalk through life as little as possible. I fall short plenty in both understanding and execution, as a fallible mortal who overextends himself, but the lifelong struggle to become a good and wise person is almost always on my mind and in my heart.
Posted by Rick Marshall at 2/14/2010 11:43:00 PM No comments: 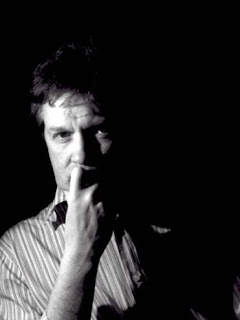 Englandia, my fourth and ongoing D&D campaign world, is my current recipe for a fun campaign setting to run.

My ravenous studies in science, history, sociology, and anthropology satisfied my drive to learn but left me unable to enjoy either the random fantasies of my first childhood campaign world or the arbitrarily organized and highly derivative fantasies of Dagorëa, my second campaign world. Both originality and intense verisimilitude have become necessary ingredients in my fantasy play.

However, six years of developing and running Nia Revo, my extremely detailed and original third campaign world, was enough to teach me that inventing a reality from scratch is more work than fun. After three years of running games there, from 1989 to 1992, the increasing intensity of my work life reduced my free time and energy too much to support both running games and the necessary investment in inventing their reality, so I gave up active gaming and spent the last three years of Nia Revo building a notebook detailing its physics, languages, writing systems, history, etc. That turned into an expectations trap, in which the more time and energy I put into the development of the game without actually playing, the more impossible it became to justify all that investment. By 1995 I was burned out and had forgotten how to have fun.

It was clear we had to try something else.

Fortunately, that was the summer Mike Ryan interviewed with Beverly to work for Wizards of the Coast as an editor for the game Magic: The Gathering. Mike liked to DM, so for two years I played and did not DM. Those two years rekindled my love of the game and gave my DMing muscles some time off. Playing in Mike's game taught me that I can't DM unless I play, that the fun of play helps me enjoy life and makes me more playful, and that the tensions and irritations of play stimulate my creativity.

We talked about the tension between my need for verisimilitude and my need to have the work of DMing be manageable, to fit within our crazy work lives. The limited free time in our schedules meant I had to give up on achieving fantasy realism by inventing it.

Instead, we decided to borrow it.

Because ultimately, no matter how good I am at simulating history and geography, the results will never be as realistic as reality itself. In hindsight it's obvious, but it took me about twenty years of gaming to relent and admit it to myself.

So over dinner one night in April of 1997, Beverly and I talked through the range of options for when and where to set a new historical campaign. We needed an era that had a lot of interesting cultural diversity, intensity, and turmoil, a time that had a lot of historical material to work with, but a place that didn't, a place where the historical record was sparse enough that we could embroider without unraveling it.

As students of history, we knew that during the Dark Ages the Arab world was the dazzling place to be—and China, the Americas, and many other places were also historically rich and marvelous—but that Europe was a poorly documented cultural backwater, some places more than others. Case in point, from the time the Romans left until the Conqueror's scribes compiled the Domesday Book lie six hundred years only sketchily documented by some chronicles, law codes, deeds, legal documentation, and so on—a lovely but tattered weave on which to embroider our little revels.

And so it was we settled on Saxons and Celts and Picts, Vikings and Magyars and Moors, a series of adventures set on the British Isles starting January 1st, 1000. I named it Englandia in honor of Alfred the Great's lifework and in echo of Jean Sibelius's masterful anthem.

I never realized it before researching this blog, but Englandia may well never have come about were it not for Mike's fun and fascinating 1995–6 D&D game with us, which rekindled my love of the game. He's like Englandia's godfather, and he was one of its first players. Thanks, man.
Posted by Rick Marshall at 2/06/2010 10:24:00 PM No comments: